Open for Breakfast, Brunch, and Lunch

CHACH Provincetown’s Best Breakfast and Brunch – How It Began

Chach is originally from California. She lived in San Francisco and worked there 5 years. She began her cooking career while in San Francisco. She cooked at the famed Stars Restaurant, where she worked with Jeremiah Tower.

Sharon Bowes is originally from Connecticut, but she has lived in Provincetown for 36 years.

Chach came to Provincetown with a colleague from Stars Restaurant to work during the summer of 1993. She met Sharon on her first night in Provincetown, and Chach never returned to live in California.

Chach and Sharon have worked at numerous restaurants in Provincetown, including The Commons, Lorraine’s Bistro, and Cafe Heaven, and Front Street.

Sharon and Chach are together 23 years and are engaged to be married. They live in Provincetown.

Chach and Sharon opened CHACH in 2005. They have been the recipients of numerous awards and glowing reviews  for their original and creative versions of breakfast, brunch, and lunch standards. Their vanilla custard French Toast has won the Cape Cod Life GOLD Award many years in a row. Their daily tostada and soup specials are creative and inspiring. Chach’s Eggs Benedict are legendary.

Over the years, Chach and Sharon have had the pleasure of serving the residents of Provincetown, thousands of tourists, and many celebrities including:

Join Sharon and Chach for breakfast and brunch in Provincetown, and find out why the locals and visitors, alike, love Chach! 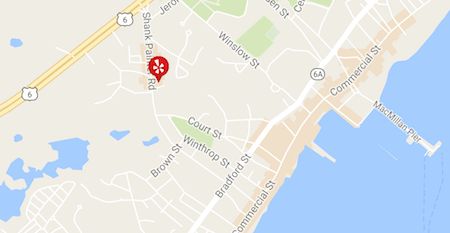